Sir Michael Lockett KCVO is an advisor to some of the most exceptional and influential leaders, institutions, and corporations in the world. He has over 30 years’ experience creating outstanding moments and managing reputations.

He masterminded the Hong Kong Handover Ceremony, global re-launch of British Airways, and the UK National Millennial events. He also played a vital role in developing 'the story’ for London’s winning bid to host the 2012 Olympics. He also directed HM The Queen's Golden Jubilee Concerts at Buckingham Palace.

I was lucky enough to talk to Sir Michael about the impact of COVID, the importance of storytelling in business and the characteristics that make a successful business leader. -Noor Sugrue 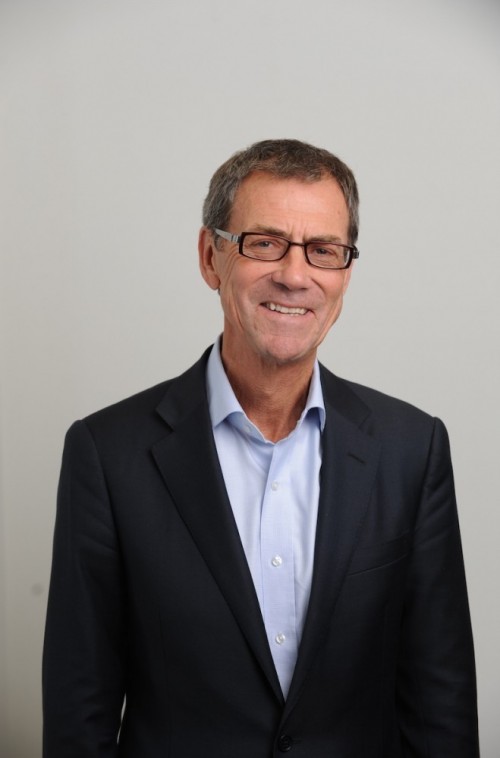 Noor: Sir Michael, thank you so much for talking to me today. I really appreciate you taking the time.

You've had an absolutely extraordinary career, and have been a part of some of the most marvellous events, ones we can only dream of today in a COVID landscape, from the Olympics 2012 to the Queen’s Jubilee.

The events industry has been one of the most impacted by COVID over this past year. What is your take on digital events? And how effective have they been in allowing businesses to pivot and adapt?

Sir Michael: It’s great to talk to you Noor.

I suppose COVID has witnessed the building of a whole new form of communication. Virtual events and the fact that we’re actually spending much of our lives now talking to small screens. It’s fundamentally changed everything for the future.

But, let me take a step back and talk about the impact of COVID generally over the past year or so. And how that has translated into the business community.

It’s the first time that human life actually trumped economic survival. I think the whole world order has been impacted by the COVID pandemic. And there has been a global sense of vulnerability. Something we’ve rarely seen before.

We have an entirely different perspective today than we did a year ago. And we have the emotional and mental scars of the pandemic, which I think are going to run through for some time to come.

So let’s translate that in to the communications business and events in particular. From a ‘live’ event perspective, it’s been really quite calamitous, without any doubt.

But the fact that the virtual world came along at the same time is fortuitous and we've found new means of communication. This is great. However, people have had to learn how to behave and how to present themselves in a very different way,

Noor: So what advice do you give business leaders now on the way to present themselves? I’m curious to find out whether your advice changed throughout this time and who have been the most successful?

Sir Michael: I think the leaders who have been most successful are those that have been able to demonstrate real empathy and an understanding of the environment in which people are operating and I think that's just one of the reasons why particularly women in leadership positions have been so successful.

Leaders need to be asking themselves questions such as: Can my personal reputation withstand the interrogation following this period? What will happen in a post pandemic world? What will the atmosphere be like and what will our employees expect from us? Are they expecting a different kind of company and leadership to the one they left?

I think the companies who have been successful are those that have actually tried to give their employees clarity on how they expect them to behave and have actually proven that by the manner in which the company has behaved.

And my advice to them now is: Continue to reflect on your position; understand the context of the world we are now living in and how things are changing and show real empathy and emotional understanding.

Noor: And so empathy is so important and it should be reflected in the in their leadership.

How important is it that businesses are now able to rally around a mission and their social responsibility?

Sir Michael: You know, there was a time when CSR (corporate social responsibility) was something which was written up in an Annual Report, and no one was really sure what it meant. It was part of a mission statement, but no real money was put behind it.

Noor: And you love storytelling as a form of communication. What's the best way to tell the story of a business?

Sir Michael: I've always felt that life is about storytelling. Storytelling is one of the oldest professions in the world. And that is the only way that one really gets information across. If you're trying to explain something to someone you’ll be much more successful by turning it in to a story in the first instance. And then introduce anecdotal references. It’s absolutely fundamental.

I think whether or not you’re a consumer or an employee or a client of a service business this is particularly important - even for a start up business you’ve got to be able to have a very clear narrative and spell out rapidly your innovative thinking and demonstrate it quickly.

Noor: And thinking about storytelling from a slightly different perspective - entrepreneurs, small to medium sized businesses that are in the world of pitching - that's a form of storytelling - what makes a great pitch in your mind?

Sir Michael: This is a really interesting question. I think people buy two things: They buy ideas and they buy innovative thinking. And as there are no really original ideas, it always goes back to storytelling and how you package your ideas. Even though they may be innovative interpretations of old ideas.

An old idea that is tried in a different time and in different circumstances, might well be more successful than it was previously.

People also buy relationships. Because once you get to a certain stage in life, your core offering is a given. So the only difference is the relationships you can engender and the creativity you can bring. And creativity doesn’t just reside with the creative director, the whole company can be creative at its heart.

My other obsession about how you pitch and present is that you have to start at the end. Because you can go out and do all your research, all your thinking, but if you’re not cognizant of the people you are wanting to persuade and if you don’t view it through their lens, you’re not going to be successful.

This is the same in politics as it is in corporate life. In politics we find that parties can do their research. For example, they may find that people are worried about economics and their security.

So they’ll put a whole campaign together based on those subjects, without thinking at the outset – we know those subjects are important to them, but what is the frame of mind we want to leave them in after we’ve communicated with them? And that almost always means that it’s a very different brief to the one they started with.

Our pitch for the London Olympics 2012, which feels like a lifetime ago now, is a good case in point. In the end it was between London and Paris and while our government team wanted us to go back with numbers and statistics of where we scored better or worse. We knew that the decision would be made by 110 individuals who would not be persuaded by numbers. We had to win the emotional battle. So let’s start from a different vantage point. And that’s the pitch we went in with. And it was obviously successful.

That presentation is published and is worth looking at – it stands the test of time.

So I would advocate for any entrepreneur or business that they have a clear narrative, that they’re absolutely clear on what they want to do. Their tactics support their strategy and that they always view their presentation through the eyes of the person receiving it.

Take a business I was talking to recently about how they identify their recruits. They base it on the fact that all the graduates who come in front of them have the skills set – that is the given. So it is all about how they are able to capture imagination. It’s actually about personality.

For business, personality is really important. There are lots of brilliant ideas out there, but it is people and personality which will drive success. Relationships are important, being inquisitive about people.

Noor: And what about the power of human connections. How did you go about this?

Sir Michael: Some of it is luck. There are things that happen in life when you meet someone who inspires you, a teacher, a mentor. Someone who gives you an opportunity and believes in you. Trust, authenticity are hallmarks of people who are successful. People who are honest and open and consistent.

You have to work hard at it. You have to be interested in people. Have something to go back to them on. Have questions. We all have to do it in our own way. It’s important to leave people feeling that they got something out of your conversation or discussion. It’s hard work.

Sometimes people in leadership positions are frightened of being excited or enthusiastic, because it may denigrate their status.

I find that women are often so much better than men at relationships. Men who have worked hard to get to the top, are very often on ‘transmit’ instead of ‘receive’.

Noor: Sir Michael, that’s such great advice – and great to leave people feeling uplifted. It’s a wonderful note for us to end on.

Thank you so much for joining me. And thank you for your support of Vintro.

This is not a valid email address.